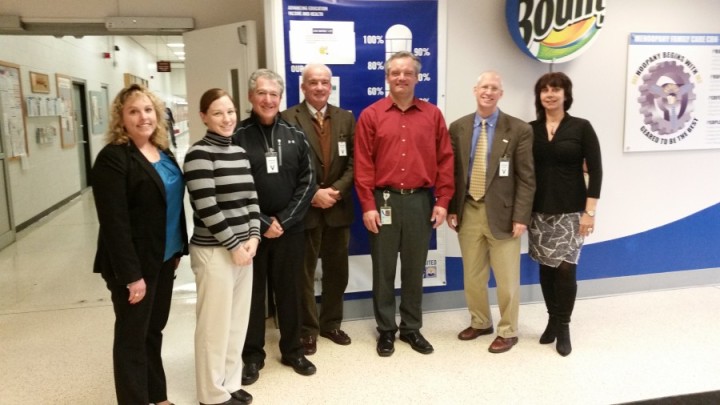 P&G, its employees and retirees have a rich history of helping the communities in which they live and work to prosper. In its 48 year giving history this year’s campaign efforts surpassed them all.

“We are delighted to participate in the annual United Way campaign. This year’s campaign was very successful, as our employee giving and corporate gift exceeded $523,000 – a new record – for the 6th year in a row of giving to six United Ways in Northeastern Pennsylvania. P&G employees and retirees have pledged a total of $53,531.04 to United Way of Susquehanna County (UWSC) which represents an increase of $3,310.40 versus last year’s campaign. This is in addition to the corporate gift of $13,000 made by the Procter & Gamble Fund to which the local plant will match an additional $3,000 bringing the total contribution to UWSC to $69,531.04!”

“It was also a year that P&G celebrated its 177 year anniversary, and we are proud of our commitment to helping the communities in which we live and work to prosper,” said Alex Fried, Public Relations Manager, P&G. “Together, we joined hands to make campaign year a year to remember. We appreciate the hard work of United Way and its agencies serving individuals and families in Susquehanna County and we look forward to a partnership that will continue to bring about positive change for all residents in our communities.”

“P&G is a firm supporter of the United Way and our mission. They are a true model of corporate philanthropic partnership. P&G has surpassed its previous contributions for the 6th consecutive year, which is really is an amazing feat. We are extremely grateful to each and every one of their employees and retirees and congratulate them on a job well done,” said Kim Merithew, Director of Corporate and Community Giving, United Way of Susquehanna County. Without the support of P&G and its employees and retirees, many in the community would go without vital services.